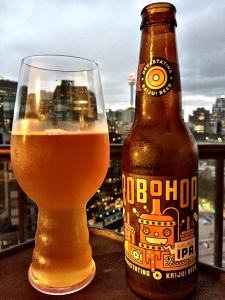 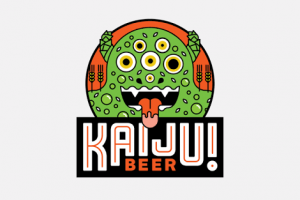 The self-confessed nerds at Kaiju Beer have created a monster with Robohop, a golden IPA that’s as quirky as the label suggests. Marrying grassy hops with a theme of Japanese monsters, robots and other cool stuff…Kaiju make some pretty awesome beers full of character.

Robohop is locked and loaded with an arsenal of dried grass and floral aromas. From a frosted glass, it fires off rounds of pine and honey from an awesomely radical golden pour.

A hint of wheatiness gives this one a really smooth taste yet stays well away from the distinct awful tanginess of a wheat beer. Instead it delivers a long lasting palate full of IPA flavour.