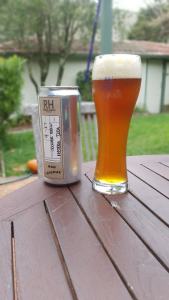 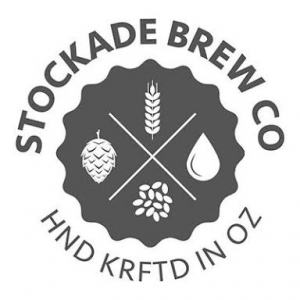 Please place your hands on the headrest in front of you and brace for impact as your palette is about to crash!!! 9%, lets just leave that there for the moment… stockade brewing has presented us with this double IPA Mysterio. I love double IPAs but they aren’t for the faint of heart, at times they suffer from being hopped too aggressively. This one however is not and not only is it not but the sour backnotes are intriguing. It pours a beautiful New England IPA orange with strong aromas of, I want to say grapefruit and orange peel but I could be wrong as well as coriander. It’s got that slight salty water taste too like Nomads freshie but not as strong. It’s hopped to perfection, especially considering it’s a double IPA, normally they can take the enamel off your teeth! So 9%, this beer is strong but and here’s the rub, it doesn’t taste strong. It’s almost sessionable, well actually it is. I love it. For me it’s a New England Double IPA but be warned, it is a strong beer and will catch up with you quickly if you’re not paying attention. Love it! Would highly recommend it. Well done stockade!