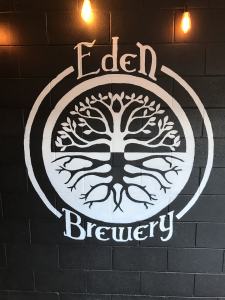 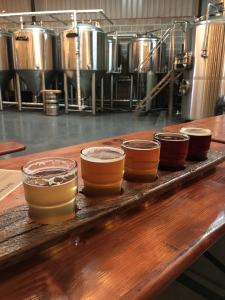 A long weekend in the NSW Southern Highlands, an hour and a half south west of Sydney bought a pleasant surprise when I stumbled upon Eden Brewery in Mittagong. Opened in January, owner and brewer Jacob had never brewed anything larger than a 20L home brew before taking the plunge and going pro, opening Eden Brewery with his wife. A brewery with a conscious, Eden donate 10% of their profits to Oxfam to ensure people around the world are getting clean drinking water.

The beers are well made and a real change from the craft beer obsession with hoppy beers. Instead malts are the heroes here, in line with the cool highland weather. They run two permanent beers – Birch Wit and the very rare Phoenix Kottbusser (German styled beer with the addition of ingredients such as honey, oats and molasses before the Bavarian Purity Laws stipulated that water, hops, malt and yeast were the only ingredients allowed in beer). Only three breweries in the world produce this style commercially. A further four beers are rotated through the taps. On my visit was also the Sherwood Extra Special Bitter, a Maple Pecan Nut Brown, Iron Bark Red Ale and Russian Imperial Pyre. The stout and the red ale were my favourite, but I also enjoyed the Kottbusser. The hops for the red ale were grown 1km away by a regular customer.

Great little brewery. I’ll be back with my squeeler next time we’re in the Highlands. There was a Rye IPA in the tank that I’d like to try!