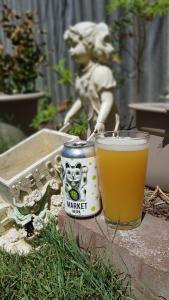 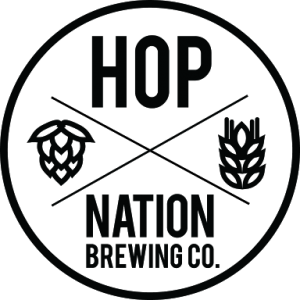 Hop Nation Brewing Co’s Market NEIPA from down south of the border in Melbourne. I had the pleasure of meeting Sam, one of the owners from hop nation at the Liquor Emporium in Alexandria for a tasting event, 11am was too early for me so I didn’t get to hang around unfortunately.

I’ve been following the development of the Market NEIPA since the insty pic of Vietnamese mint and chilli which I should received a prize for guessing! Hop Nation produced my number 1 beer for the gabs hottest 100, the mango punch!

Which brings us to the Market NEIPA, Vietnamese mint, chilli, coriander and mango. I’ve used Vietnamese mint in cooking before, it’s a very strong intense flavour that you either love or hate and by itself is quite spicey. This isn’t a flavour bomb, it’s a flavour nuclear strike. Pours a subtle light orange with some great lacing for a NEIPA. Strong flavour of Vietnamese mint, strong hoppy mouthfull of hops and coriander with a very subtle mango rounding out with a spicey chilli after taste.

I can this beer causing many arguments and splitting people’s opinions. It’s really pushing the envelope with no wiggle room left. It’s straight up courageous what they have produced here and I love it. Probably the most complex beer I’ve ever drunk, perfection in a can but definitely not for those with more of a virgin palate.