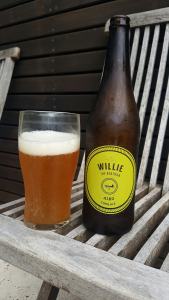 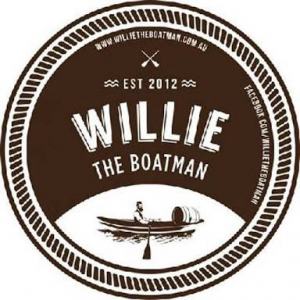 My 2nd longneck from Willie and I’ve gotta say at the outset this is a very quirky drop. First off the carbonation is borderline bizarre, the thing never stops bubbling! As advertised its a Corn Ale named after the politician Anthony Albanese, not sure if its a dig or a mark of respect, with it’s origins dating back to the prohibition era in the states. Farmers would use the corn to brew the beer. It pours a very clear translucent gold with an aroma of, wait for it, buttered popcorn. I know right…. however it’s not one of those, oh wow we made a beer taste like icecream, it’s obviously just a result of using corn. I didn’t think I would love this as I couldn’t wrap my brain around the whole corn thing, but, it’s bloody good! Very light, very refreshing and again surprisingly how much malt is in it it’s not actually malty. Well done Willie, I must pop bye again and try this one off the tap. I would this corn ale over a pils on a hot day anyday!