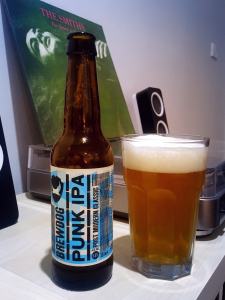 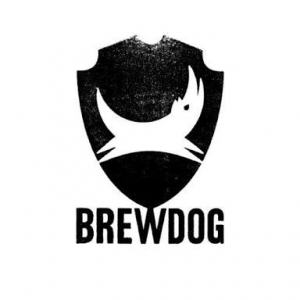 Here it is then, the flagship brew of two Scottish mates who founded a craft beer empire. From humble beginnings, BrewDog’s ‘Punk IPA’ launched as a symbol of the rebellion against the “mass-produced, lowest common denominator beer” marketed for football hooligans and likely lads.

From its embossed-labeled bottle, it pours a hazy gold with a medium white head. Citrus and tropical fruits (pineapple and grapefruit most noticeably) dominate the aroma. The overall flavour follows the nose with balanced hops lending the ale its fruitbowl notes. A hint of honey in the background provides some sweetness to balance the distinct bitter finish. At 5.6% ABV it’s a well-rounded, smooth and easy drink.

Described as a ‘post modern classic’, the ‘Punk IPA’ certainly lives up to its reputation in my opinion. I imagine a few pints of this would be ideal for swilling in a cosy pub overlooking Scotland’s Aberdeen coastline.