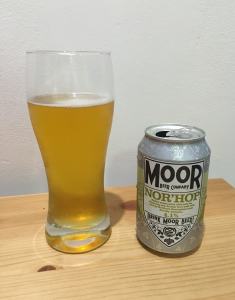 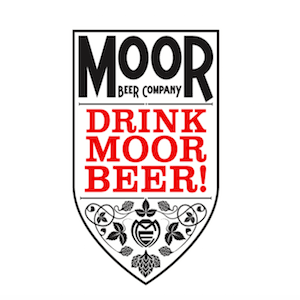 I recently picked up a can of Moor Brewing Company’s ‘Nor’Hop’ from Bucket Boys in Marrickville. According to Rate Beer, within two weeks of its release the Bristolians pale ale had won a beer festival and sold out its supply. “Must be decent then.”

Pouring from the can a hazy gold, this sprightly drink had a thin white head that dissipated quickly. There’s a pleasant aroma of citrus and fruity hops when you go in for the first swig. Tasting of mild pine, grapefruit and biscuity malts there is a discernible sweetness to it, with an element of honey coming through the back-end. Light, refreshing and with a spiky bitterness in the finish, this is a good all-round drop. Pint-worthy.

The English city of Bristol is synonymous with trip-hop collectives Massive Attack and Portishead as well as being the setting of gritty tv drama, Skins. Moor Beer Company could be well on its way to joining this esteemed company.