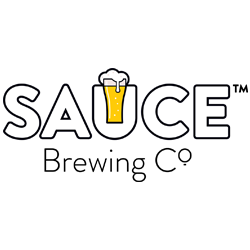 Marrickville, in inner-west Sydney is becoming a hotbed of craft brewers, with high quality producers Batch Brewing, Willie the Boatman (see Tim’s previous review on the Crazy Ivan IPA), Grifter and newcomer, Sauce Brewing Co all within close proximity to each other. I  must admit I hadn’t heard of them (although they only launched in November 2016) until I saw a a few of their beers in the fridge of the Robin Hood Hotel drive-thru. That’s the only encouragement I need.

Can. Pours a golden amber with a big creamy off white head. Aromas of pineapple, grapefruit, stone fruit and a slight biscuity back note of malt. Spicy hops initially develop at the front of the palate, along with grass and a good amount of balancing malt. It’s not overly bitter and the lack of hops lead to a slightly hollow finish. As an American Pale Ale it’s not packed full of flavour, instead a well made sessionable beer to drink on a hot afternoon after mowing the lawn or taking a six pack to a BBQ. And there’s nothing wrong with that!!

Look out for their brewery opening a tasting room in mid 2017. A Marrickville crawl looks like a good way to spend a Saturday afternoon.