I’ll admit, I rarely single hop. I find myself going for high AA hops early and big aromatic bombs in the dry hop stage. It makes beer I like and I tend to stick to things I like.

Blackman’s brewery produced their latest creation, a single hop IPA. Using a rather new hop, Loral. It’s a truly versatile hop that takes from both it’s earthy European and fruity US counterparts.

The hop manages well as a late floral addition and as an early bittering addition. The level of bitterness is just delightful, leaving the feeling of hop oil on your tongue as you take your last sip! 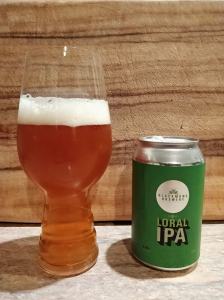