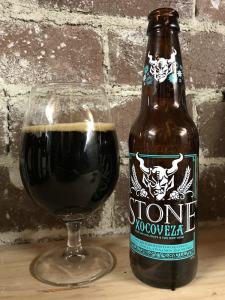 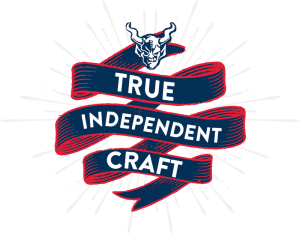 This was a no brainer for me. See a Stone stout on the shelf. Grab the said Stone stout. It wasn’t until I got home and read the very lengthy label when catastrophe hit – ‘chile peppers’. I love beer. I love chilli. I hate chilli in my beer. Beer is one thing that chilli does not make better. There are plenty of other good descriptors however (cocoa, coffee, vanilla, cinnamon and nutmeg), with it modelled around a Mexican style hot chocolate. So for the good followers of BrewsBuzz I sacrificed myself. And am I glad I did!! This is an incredible beer and the best stout I’ve had in some time. It’s up there with my all-time favourites such as Rogue Chocolate Stout, Founders Breakfast Stout and AleSmith Speedway Stout. The beer was first brewed commercially in 2014 after home brewer Chris Banker won a competition to have Stone brew his beer. It was so popular it has become an annual winter release. I’m sorry I only bought one bottle. Next time I see it a six-pack will be hitting the cellar.

Bottle. Pours deep black with a mocha head. Inviting, complex aromas of dark chocolate, espresso, cinnamon, nutmeg, milk chocolate and just a touch of chilli at the back of the nose. The milk chocolate/lactose flavour is the dominate force, but roasted malts and good hop bitterness prevent it from becoming too sweet. Background notes of espresso, cinnamon and nutmeg add great complexity and difference, while the chilli is not detectable as a flavour but perhaps just adds mellow warmth as opposed to a fruity spiciness. Vanilla provides a smoothness to an already rich, sticky mouthfeel. A super complex beer, where the 8.1% alcohol is undetectable and I just wanted to drink more.