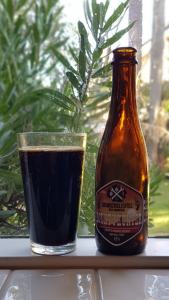 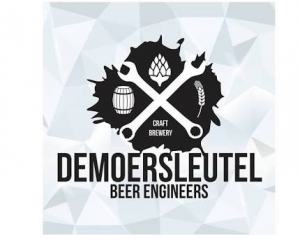 De Moersleutel Beer Engineers Bounty Hunter Coffee & Coconut Imperial Stout from the Northern part of the Netherlands. I lived in Holland for over a year when I was younger and even back then in the early 90’s they had a very strong craft scene. Beer is huge over there, has been for a long time and it’s something they do exceptionally well.

This stout poured a dark black with a very light small head. Very strong smell of coconut, chocolate, malt and coffee. It tastes like a chocolate bounty bar that’s been soaked in port for like a month. It’s very boozy at 12% abv and as Trent would say is a slow sipper. It smells a bit like suntan lotion which was a bit off putting at first but the flavours and after taste was amazing. Not for the faint of heart and for seasoned stout drinkers only!