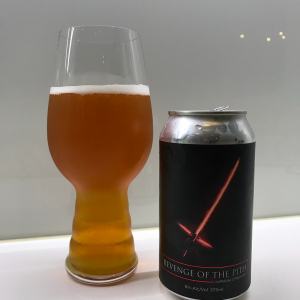 I haven’t had any beers from Australian Brewery for a while, but if this collaboration with North Shore bottle shop Craft Cartel is anything to go by they’re stepping up their game. I’m not one for strip the enamel from your teeth, boozy IIPA’s. This beer however seems to blend 8% ABV into a highly drinkable beer that made me want to have a second. If only I’d bought more than one from Lugarno Cellars.

Can. Pours golden/bronze with a small but thick white head. Knockout citrus aromas, along with tropical fruit (passionfruit, pineapple, papaya, guava), pine, grapefruit pith and a caramel backing. Bitter pine to begin, followed by bitter/sweet orange juice, pulled together by caramel malt. Perfectly balanced for a big beer, only moderately bitter and begging for another.